Bryna Moritz‐Booth has been named as the new superintendent of the Pine Valley Central School
District and will begin her three and one‐half‐year contract with the District on December 1.

“Mrs. Booth has an outstanding record of administrative experience – having served in a multitude of
roles with amazing outcomes for students. Her energy and commitment to the Pine Valley school
community, coupled with her educational leadership and willingness to engage stakeholders, will serve
our students and community well,” Pine Valley Board of Education President Jeffrey Chase said.

Mrs. Booth comes to the district after spending the last decade working in the Sherman Central School
District, where she started as an elementary teacher working in grades four, five and six for four years
before transitioning to the role of District Data Coordinator and Committee on Special Education
Chairperson for two years. She moved into a professional development role as an instructional support
specialist serving in that capacity for two years before transitioning to her current role as the pre‐K‐12
Principal and Director of Special Education in July of 2016. “I am proud of the work I’ve done in Sherman
and will forever be grateful for the relationships formed there and experiences gained,” said Mrs. Booth.

“I attended Pine Valley from kindergarten to grade 8,” she said. “My career thus far has focused on
improving outcomes for all stakeholders, creating more opportunities for students, and building strong
relationships. I am so energized to continue this work in the district that formed so much of who I am.”

Mrs. Booth holds professional certification in childhood education, and special education (grades 1‐6)
from the State University of New York at Fredonia and earned her master’s degree from Western
Governors University in special education. She received a Masters in Science in Educational Leadership
from St. Bonaventure University.

Mrs. Booth and her husband, Cory, reside in Kennedy with their son Blake who will be attending Pine
Valley. 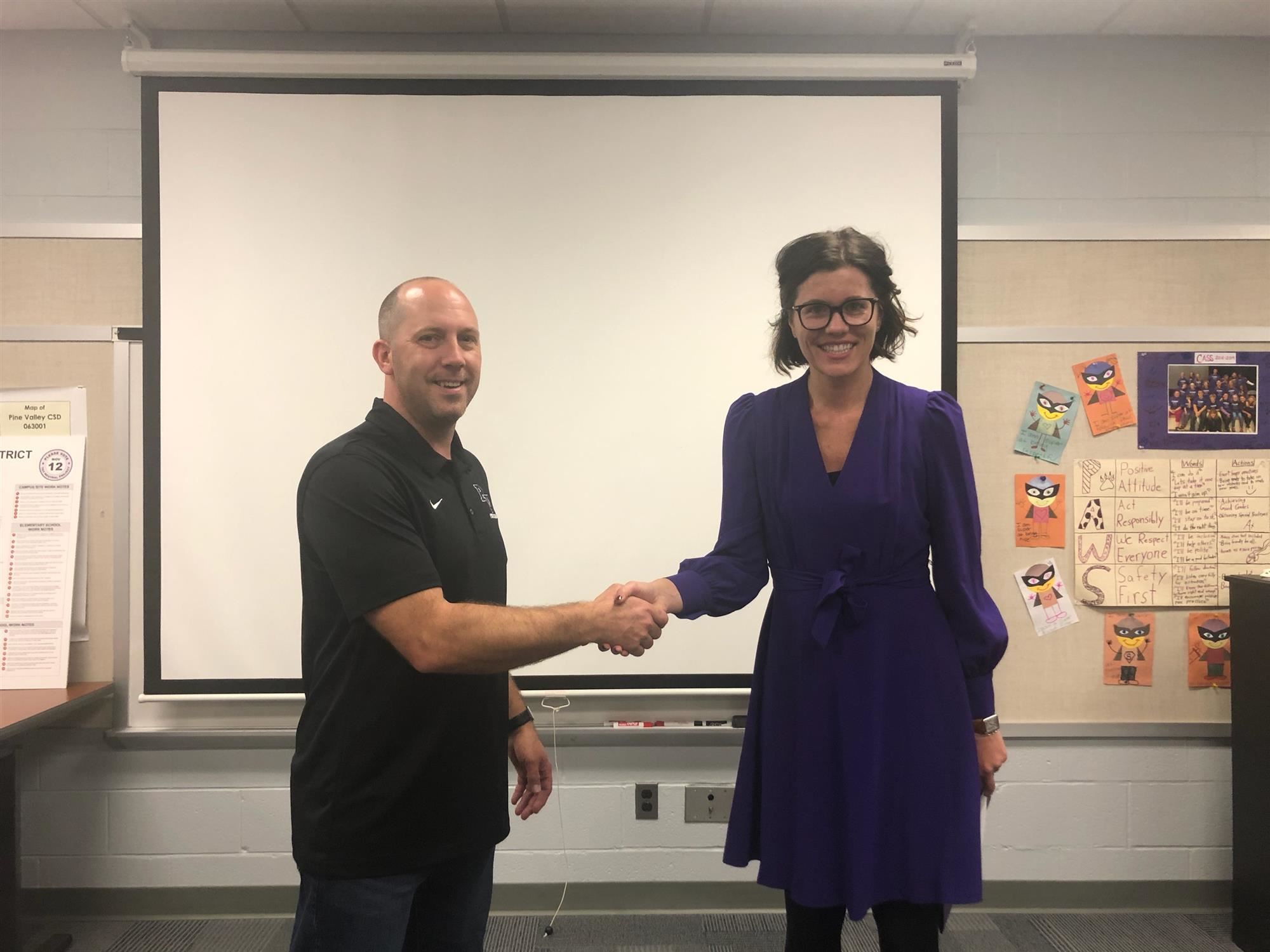